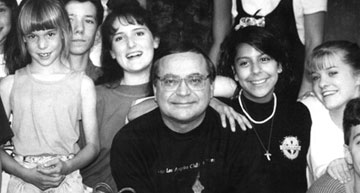 Founder Alex H. Urban sadly passed away in 2007 at the age of 65. Mr. Urban was known throughout California and the nation for his work in the fields of creative drama and theatre for young people. An educator with lifetime teaching credentials in grades K-12 in both California and Illinois, he had over thirty years of classroom teaching experience.

Mr. Urban published extensively in the areas of educational theatre and human relations with Harcourt, Brace, and Jovanovich (HBJ), Encyclopedia Britannica Educational Corporation, and Combined Educational Motivation Systems. Holding Bachelor of Arts and Master of Arts degrees from the University of Illinois in music, psychology, and theatre, he had also completed extensive post-graduate work and was to begin work for his Doctorate at Columbia University in New York. Additionally, he served on the faculties of the University of Illinois, the University of Connecticut, and the California State University system. His educational programs, “The Most Important Person” and “On Stage: Wally, Bertha and You” were adopted for use in schools in many states, including California. Additional publications included “The Creative Drama Kit” and “Self-Expression and Conduct in the Humanities: The Dance/Drama Kit”. They reflect his philosophy of directing which strives to make each young person develop greater self-confidence as well as enhance musical, dramatic, and dance skills. 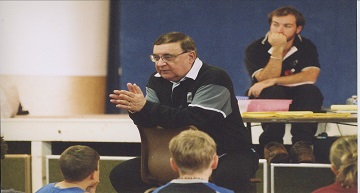 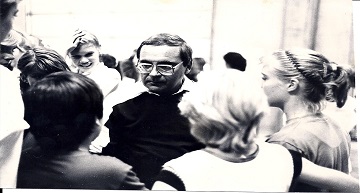 Mr. Urban held positions in some of the most prestigious schools in the United States and had been honored by the National Parent-Teacher Association’s “Who’s Who in American Education,” as well as Honorary Life Membership to the California Congress of Parents and Teachers. He was also given awards by the Danforth and Fulbright Foundations and the National Council of Teachers of English. His children’s theatres have received extensive press attention over the years, as well as official proclamations from the State of California. Mr. Urban’s proudest accomplishments however were the wonderful successes of many of his favorite students and alumni of his program, whether it be in the field of performing arts or otherwise. At the time of his death, he was a private consultant, resource teacher, Artistic Director for Auckland, New Zealand’s Children’s Musical Theatre, and Artistic Director for MET2.

Over 600 students and parents attended his memorial. Thanks to the internet, MET2 and his widow, Kathie Urban, still receive phone calls and emails from students around the world, some from over thirty years ago, saying how instrumental and memorable Mr. Urban was in their education, not only as performing artists, but human beings. There is currently a scholarship set up in his name at Justin-Siena High School, where he once had a street named after him, and with MET2 for graduating seniors who plan on pursuing a career in the performing arts. Shortly after his death, Mr. Urban’s lifelong contribution to educating young people in the arts was acknowledged by the Life Through Arts Foundation. Then in 2014, National Youth Arts posthumously awarded him the first honor for Lifetime Contribution to Youth Theatre, along with his wife and business partner Kathie Urban. 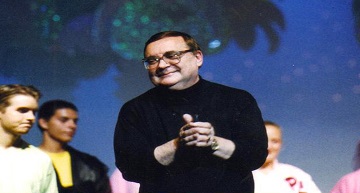 Carl Rogers, a psychologist, inspired some of Mr. Urban’s theories on children, education, and creative dramatics. One of Rogers’ quotes was often found in many of Mr. Urban’s journals: “People are just as wonderful as sunsets if you let them be. You don’t try to control a sunset. You watch it with awe as it unfolds; and I like myself best when appreciating the unfolding of a life.” In one of his earlier publications, Alex H. Urban stated his goal in creative education was to inspire students “to reach out, to dare, to dream, to touch other’s lives, to begin the struggle of finding out what is right and what is wrong, where they are going, and what they are becoming.” The current staff of MET2 is dedicated to carrying on his philosophy and vision.

“Helping children become has always been the goal of education. The need to meet that challenge has never been more pressing than right now in the affairs of mankind. Future generations will judge us by our response to that challenge: Did we help to create more fully functioning humans who went on to build a truly more humane world? I hope their answer is yes.” 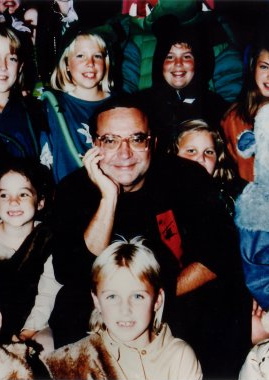 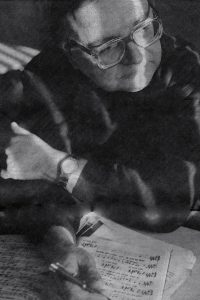 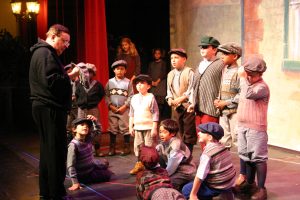